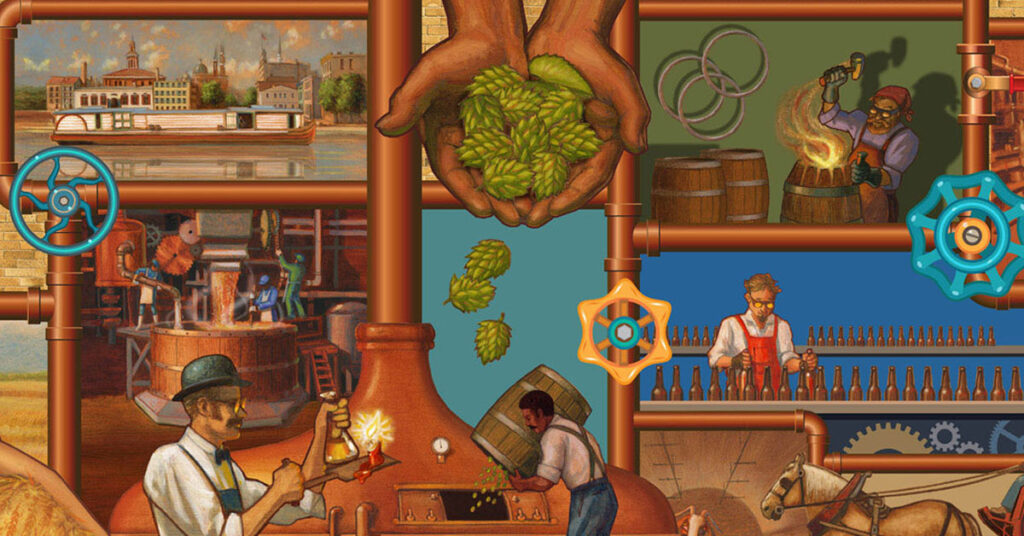 The Alumni Council of the Art Academy of Cincinnati is proud to confer upon Jim Effler the 2020 Distinguished Alumnus Award.

The Art Academy of Cincinnati Alumni Association established this award as our highest honor. The Alum who receive this honor have distinguished themselves by the contributions they have made in their particular field or profession, in service to the Art Academy and to the betterment of humanity.

Jim is a professional artist living in Cincinnati, Ohio. Originally known for airbrush illustration, he now works predominantly in oils, a medium he first explored while attending the Art Academy of Cincinnati. Effler’s style combines painting and digital techniques with traditional methods.

Effler graduated from the Art Academy of Cincinnati in 1978 with a major in illustration and graphic design. From 1982 until 2000, he was a partner in AIR Studio, which represented more than a dozen regional illustrators. Since then, he has been a full-time independent illustrator.

Over the years, Effler has gained a reputation for his many beer posters and labels. His whimsical illustrations featuring goats are one of the highlights of Cincinnati’s annual Bockfest celebration. The goats have been featured on the festival’s posters for the past 25 years. He has also completed numerous posters for the Hudepohl 14K Brewery Run.

Effler paints landscapes and portraits. His commissioned work has included a number of family and institutional portraits, including one of May Festival Chorus Director Robert Porco, which hangs in Cincinnati’s Music Hall.

He has created a number of public and private murals throughout Cincinnati. His “Beer Barons” mural is on display at the Moerlein Lager House at The Banks. Jim has worked with ArtWorks since 2015, when he designed and illustrated the Cincinnati Brewery District Mural, “Grain to Glass,” at the Moerlein Brewery in Over-the-Rhine. In 2016, he designed two additional ArtWorks murals, “Prost to Cincinnati” in Over-the-Rhine and a tribute to the Miami-Erie Canal, “Locks, Docks and Barrels” in the CUF district.

Effler is a member of the Cincinnati Art Club, serving on its board from 2006 to 2009 and chairing the club’s ViewPoint juried competition. He has taught at the College of Mount St. Joseph, the Art Academy of Cincinnati, Miami University, and AIC College of Design.