Apply
GIVE
About the AAC & History Timeline

LEarn ABout the Art academy of Cincinnati 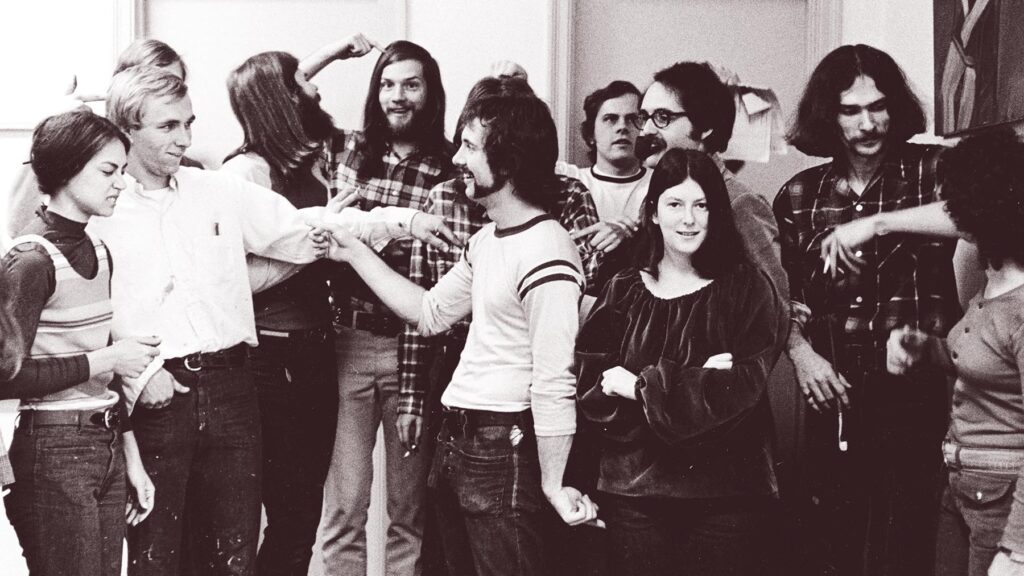 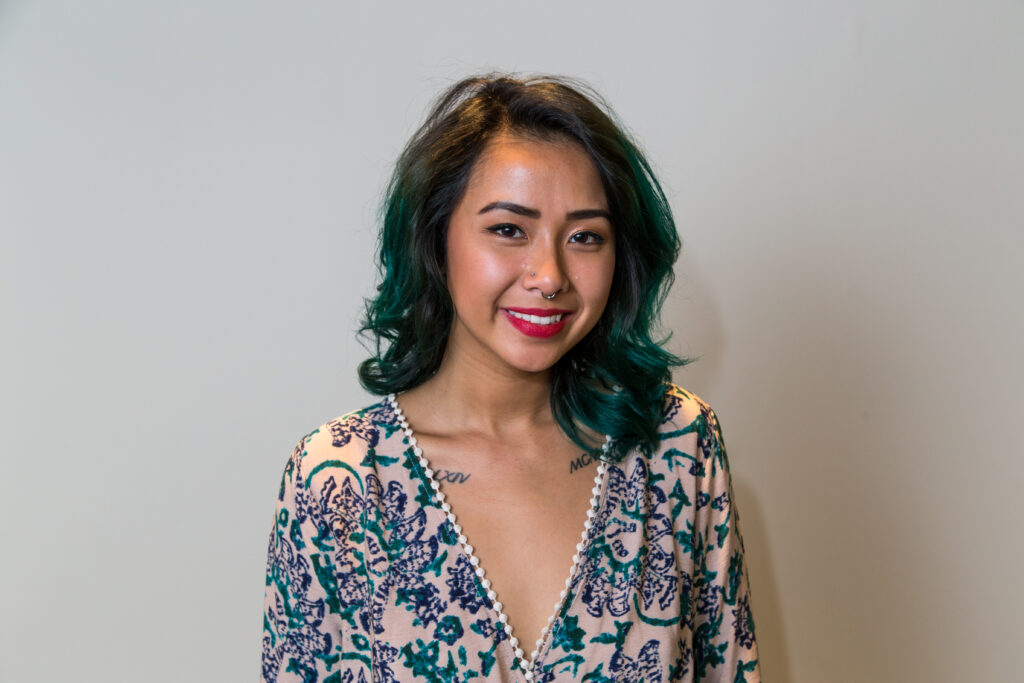 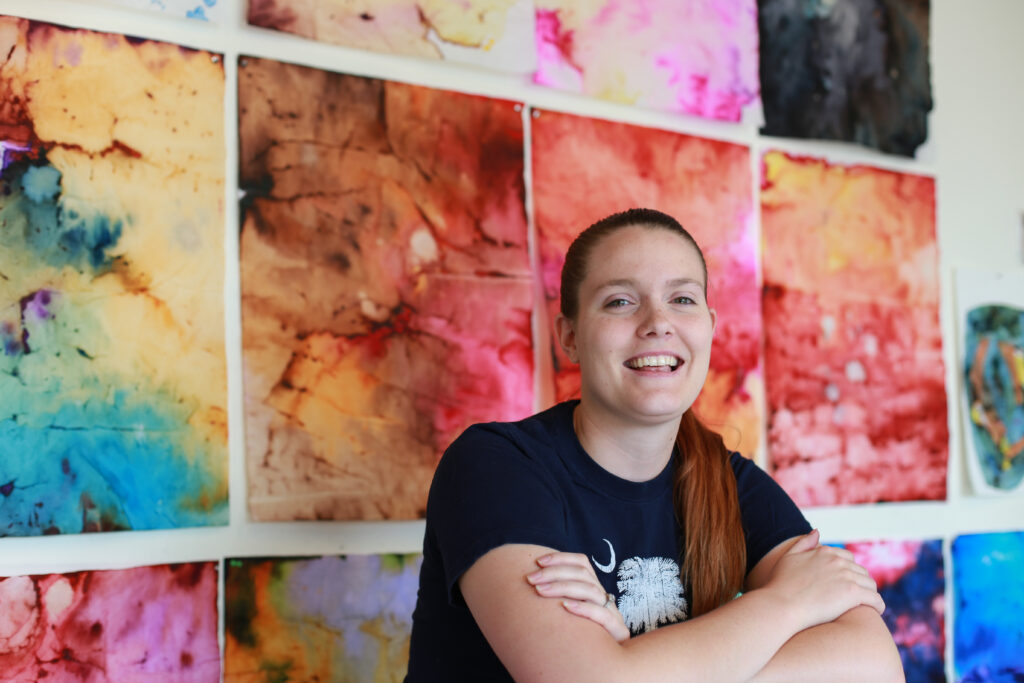 Master of Arts in
Art Education 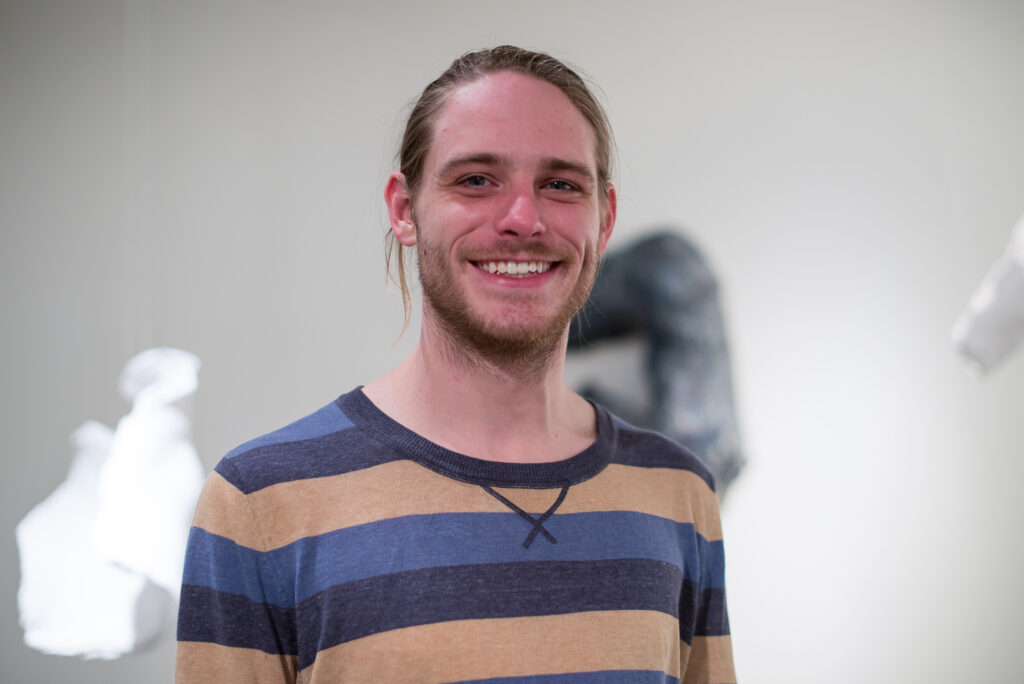 We may be small, but our commitment is big. It’s the same commitment our students make to themselves: to make the best art they can. The Art Academy of Cincinnati has kept that commitment since 1869, building a rich tradition of innovation and excellence in the visual arts.

The Art Academy is one of the smallest four-year art colleges in the country, and that’s one of our greatest strengths: It means our students really get to be themselves. They receive individualized attention from faculty, the freedom to develop their personal vision, and a unique opportunity to carve out their identity.

You won’t just get an education at AAC; you’ll begin to discover who you are, personally and artistically. At the end of your four years here, you won’t be the same person you were at the beginning.

How was AAC founded?

How did AAC evolve over time?

In 2005 the Art Academy of Cincinnati moved from its Eden Park and Mount Adams locations to its current campus in historic Over-the-Rhine, a move that enabled the college to provide 24-hour access to over 100 student studio spaces, improved instructional studios, and other updated campus facilities. The Art Academy of Cincinnati was awarded numerous awards for the development, design and construction of the new facility and achieved LEED Certification by the US Green Building Council in 2008.

150th Anniversay Book
AAC 150 spans the Art Academy of Cincinnati’s history from 1869 – 2019. Be among the first to be dazzled and delighted by 150 pages of rare and revealing images that illustrate and illuminate our historic narrative in a 5-corner book.
The Art Academy of Cincinnati has a rich heritage of 150 years (1869-2019) of great art, great art instruction, and educated many accomplished artists and designers. Art Academy of Cincinnati continues to provide personalized attention to students and to touch Cincinnatians’ lives through community education programming. This private not-for-profit institution of higher education is an anchor for the creative artistic community in a vibrant and growing arts district. The First Incarnation of the Cincinnati Academy of Fine Arts

The first incarnation of the Cincinnati Academy of Fine Arts, founded by sculptor Frederick Eckstein in 1828, was intended as “a gratuitous school for mechanics and artisans,”2 but failed to find support from the townsfolk. Their first art exhibit drew...

The Academy of Fine Arts Was Resurrected

The Academy of Fine Arts was resurrected in 1838; it held two large exhibitions, had a few drawing lessons, and purchased casts of great European works to be used as examples for artists, but again, the training was short-lived and...

How Women Started the First Movement

It would take the city’s society women to get some movement toward starting an art school. In 1854, Sarah Worthington King Peter organized a group of 18 women, including wives of successful businessmen Nicholas Longworth, Reuben Springer, and John Kilgour,...

Cincinnati hosted several industrial expositions from 1870 to 1888 that exhibited machinery, business innovations, and arts from across the Midwest. Organized by Alfred T. Goshorn, who would become the first director of the Cincinnati Art Museum, the expositions were major...

The School of Design and the History of its Locations

A Turning Point in the History of the School of Design

The problem was that no one knew exactly what sort of courses to teach. This was one of the first art schools in the country, and methods of teaching industrial art design had not yet been determined. Those who had...

Cincinnati Involved with the Beginning of the Arts and Crafts Movement

Benn Pitman’s many talents extended into art. He introduced woodcarving courses at the School of Design, as well as china painting, which attracted many upper-crust society women. Pitman was ahead in recognizing the artistry of women and helped foster their...

A Fight to Be Its Own School

The Big Names of the School

Benn Pitman’s many talents extended into art. He introduced woodcarving courses at the School of Design, as well as china painting, which attracted many upper-crust society women.   The leading ceramic artists that made Cincinnati “the cradle of American art pottery”...

The rise of commercial art really changed the complexion of the Art Academy. Spurred by the many Cincinnati companies utilizing advertising and graphic design, including Procter & Gamble, Rookwood Pottery, Gibson Greetings, and Strobridge Lithography, the Academy became a breeding...

How the Small Classroom Size Came About

The Art Academy has always been a small school with intimate class sizes, allowing for personal interaction with instructors. In that sense, the school is much the same as it has always been. After having 30 students in the first...

Fresh blood and familiar faces made up the core faculty in the 1950s. Arthur Helwig spent four decades teaching drawing and painting. Paul Chidlaw (AAC 1927) brought his experiences in Les Années Folles in Paris to usher the Academy to...

When Roger L. Williams took over as director in 1977, the Art Academy was still, in essence, a 19th-century studio school. The Academy had cooperative agreements with UC and Northern Kentucky University that allowed its students to transfer credits to...

Tens of thousands of students have received art lessons through the Art Academy’s Community Education program since the first courses were offered in 1972. Classes led by professional artists have given teens and adults the chance to learn visual arts...

The Art may be small-no piece larger than two inches in any dimension- but the impact of the Minumental Exhibition has loomed large at the Art Academy. It started in 1987 by liberal arts professor Gary Gaffney, and it has...

The Master of Arts in Art Education

The Master of Arts in Art Education (MAAE) the degree program was launched in 1995 to provide a master’s degree for art educators. When the State of Ohio instituted the requirement that all art educators had to have a Master...

The other problem the Academy faced wasn’t so easily solved. The accreditors said the Eden Park building didn’t have enough classroom space per student. The technology was outdated without even a copy machine. Then, in the 1980s, the age of computers...

”When I started as a freshman at the Art Academy of Cincinnati, I was overjoyed to finally be part of a community that accepted me for who I am. This was the first time I had ever been away from...

The Beaux Arts Balls are an Art Academy tradition borrowed from the Ecole Nationale Superieure des Beaux-Arts in Paris. Costume balls became popular in American art schools in the late 19th century, and although there is no history of the early days,...

“The Art Academy’s mission is to prepare young artists and designers for their professional careers,” AAC President John M Sullivan said. “With their well-tuned ability to think critically, they will quickly become the problem solvers in a wide range of...